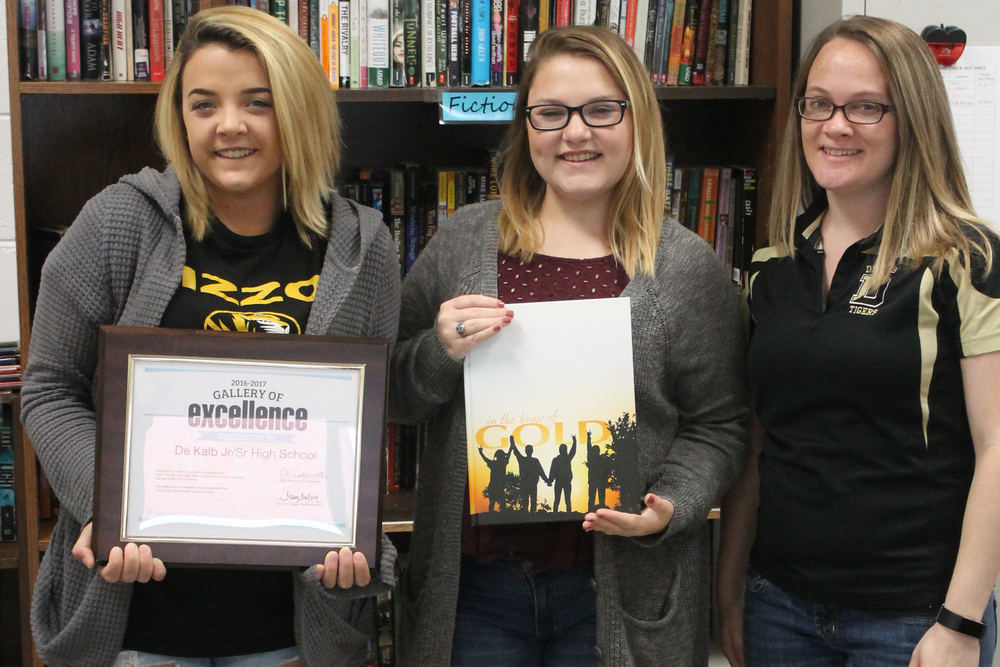 The 2017 edition of The Claw was chosen for Walsworth's "Gallery of Excellence" award.

Only 10 percent of Walsworth's yearbooks across the nation make it into the Gallery of Excellence. The books are voted on by a panel of select judges and Walsworth sales representatives across the country. The edition "In the House of Gold" will be used as an example at various workshops, and the book could possibly have aspects of it shown in Walsworth's educational materials that are distributed nation wide.

This was the first time a DeKalb high/middle yearbook has won. It happened to also be the 60th edition of the yearbook.

A few copies are still available for $40, but they are selling fast. Contact Mrs. Aimee Wilson for your copy today.