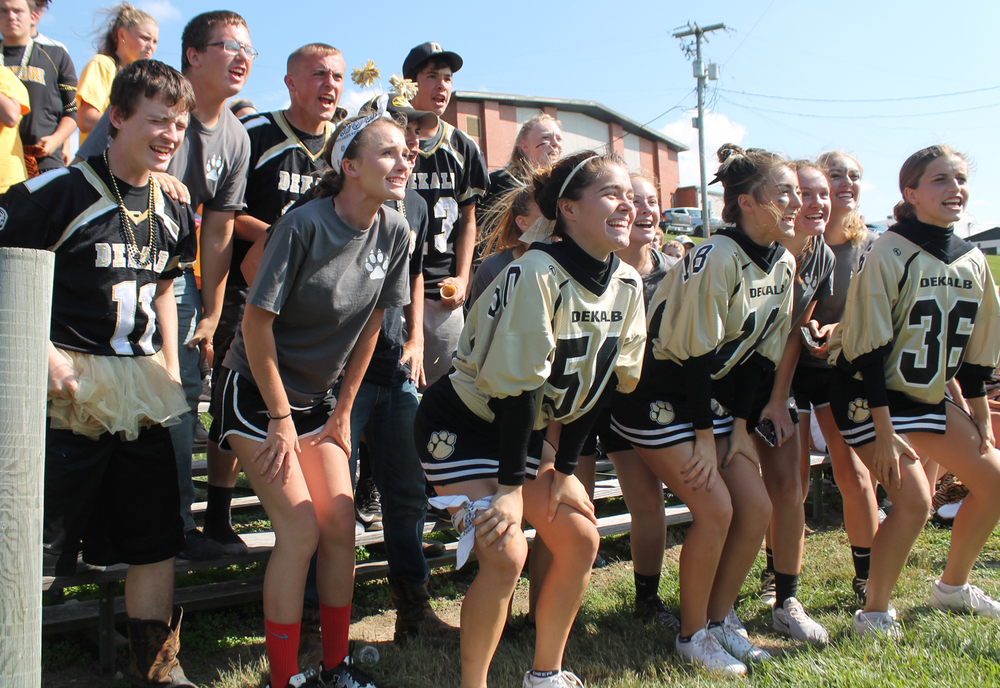 Students at DeKalb Middle/High School participated in homecoming activities Sept. 19-22 with the football game on Friday night against Northwest Nodaway and a high school dance that followed the game.

The week consisted of dress-up days, powderpuff football, coronation, and a few other competitions. These activities were followed by the football game against the Northwest Nodaway Muskets. The Muskets beat the Tigers 42-12.

“Running for queen was fun and it is something I’ll always remember,” Gunter said.

Other dress-up days were Sports Day, Board Game Day, and Black and Gold Day. Freshmen came in first place for having the most people in their class dress up throughout the week.

“My favorite part of homecoming is powderpuff because I like getting able to play football,” McKenzie Black, freshman, said.

Other Homecoming winners included the seniors for the spirit sign, the eighth graders for the community service competition, and sophomores for the athletic competition.

“I’ll remember that senior year was the only time we won the sign,” Averi Black, senior, said.