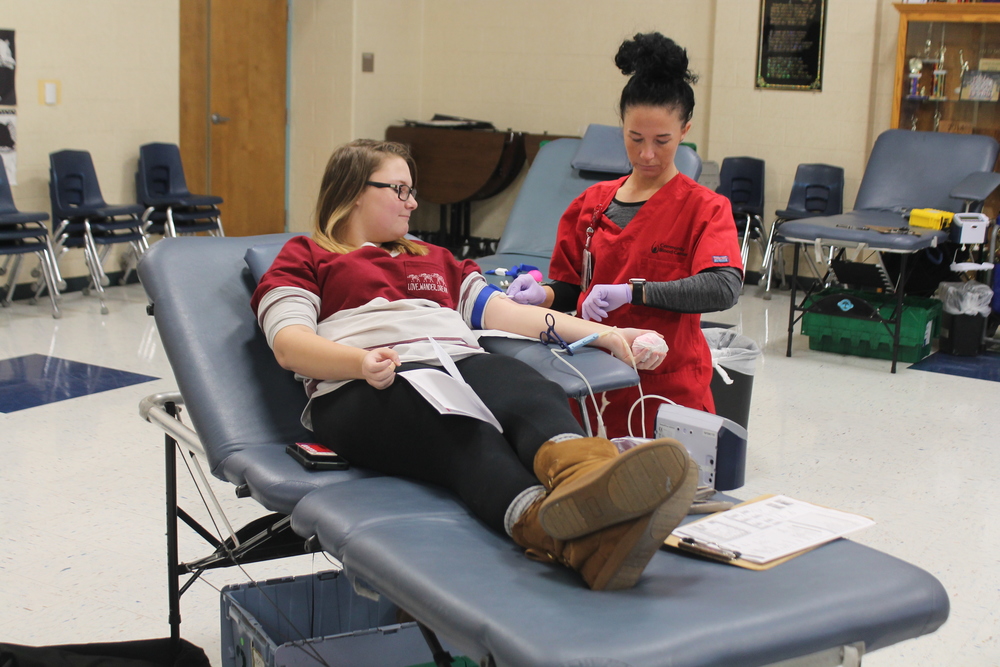 Nineteen units of blood were donated, with 17 donated at the school and two donations given at the Kansas City location by an alumna of the school. The chapter goal was to receive at least 30 units of blood.

It was not low numbers that hindered the amount donated. The drive had many people signed up to donate including many students and staff members, and several community members also attempted to donate. However, several were turned away due to reasons like high blood pressure and low iron count.

“Just to our community, then [if we go] over 30 units it will go to the aid of Hurricane Harvey,” Crouse said.

There are various reasons why people are giving blood, but some just simply wanted to help out.

“I just want to help people that need it,” junior Brian Mackley said.

Helping victims of the recent hurricanes are some of the biggest factors on why many are giving.

“It feels good to give blood to those that need it,” senior Zinnia Roach said.

While some may be afraid of giving blood, Roach said it is not a big deal.

NHS members made sure to help prepare and take care of those who gave blood. Roach and Mackley were given bottles of water by NHS before the drive.

“It’s so people would be hydrated enough to give blood,” Crouse said.