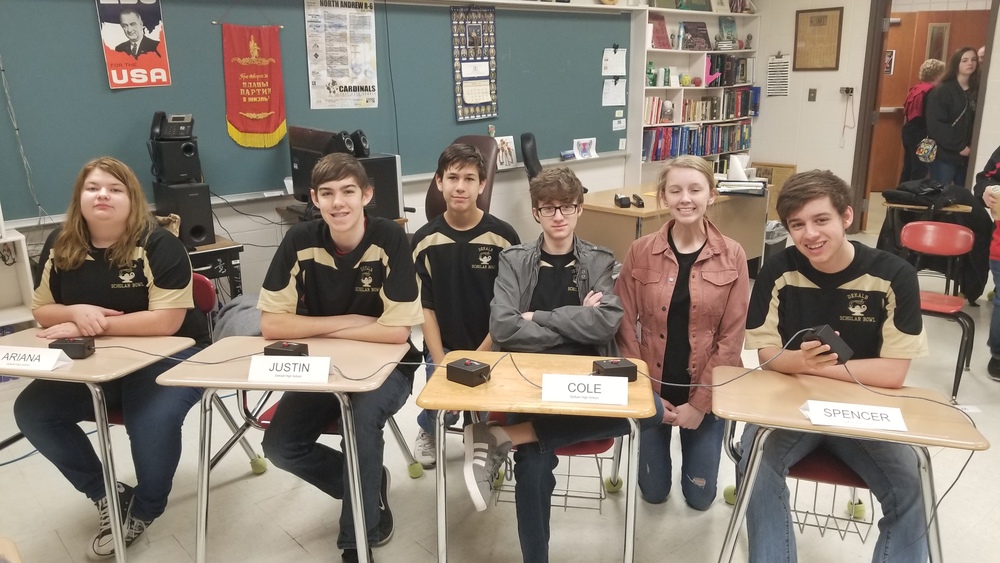 The team won two out of five of their games. They beat Craig and South Holt who are both conference teams. While they lost three, the scores were all very close.

Overall at the Northwest Invitational the team did well.

“I think we did good because the teams we lost to were from bigger schools but the scores were pretty close,” High School Scholar Bowl Coach Josh Wilson said.

At the meet the team competed in different rounds than what they usually compete in.

“There is a worksheet round and a lightning round that are pretty fun and we played against bigger schools that we don’t normally play against,” senior Cole Wildhagen said.

The team’s next meet is on March 1 at Jefferson. Wilson said he thought the next few meets should be pretty competitive.

The rest of the team’s meets are conference meets.

“I think at our next meets we’re going to do even better,” junior Spencer Tyliski said.

Update: At the March 1 meet at Jefferson, the team went 3-0.