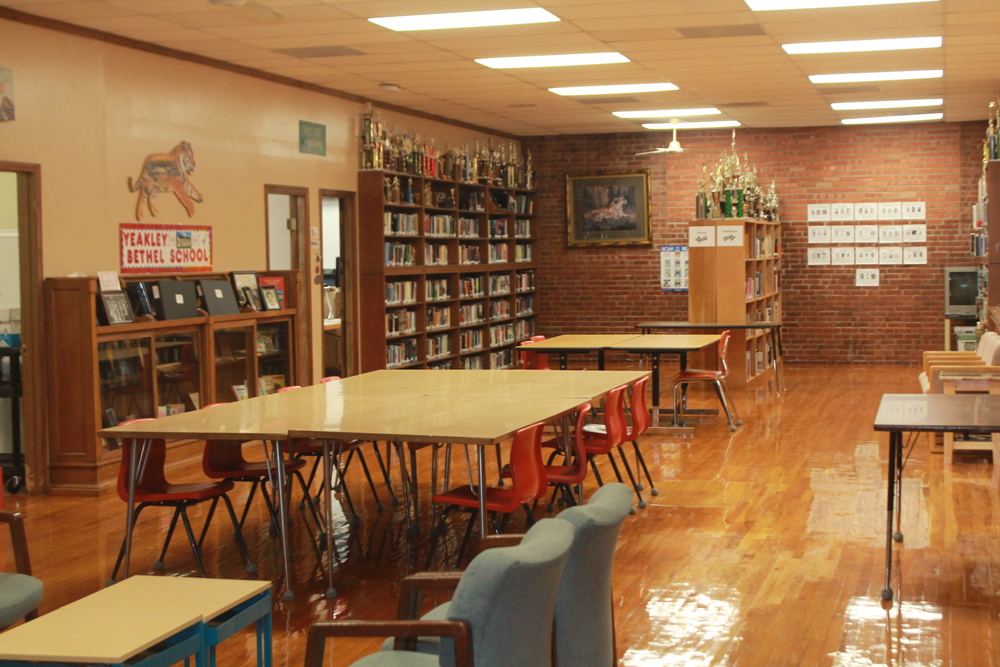 By: Cyndal Harris and Katalina Jones

The size of the library has changed as well. It was bigger than it is now, though it was very plain. The library started out small and slowly acquired books, but around 2008 kids were taking them without checking them in or out. The loss of several good books, coupled with the increase of technology, made the library less appealing to students.

Mr. Dittemore, who is the superintendent, has been with this district since 1991, and has seen many different changes throughout the school, such as the relocation of the library. When asked how it was different he said that the library was very plain and it didn’t even look like a library. He stated, “The library used to be the study hall” He also said that people who played sports used their 8th hour to practice, and those who didn’t play went to the library, which was also used as a study recovery room.

DeKalb High School’s principal, Mr. Hansen, has said the library has changed quite a bit. He's also said he has a lot planned for the library. He’s trying to make it more inviting and increase the amount of books on the shelves. Mr. Hansen, along with the new librarian Mrs. McKern, are quite pleased with how much it has changed.